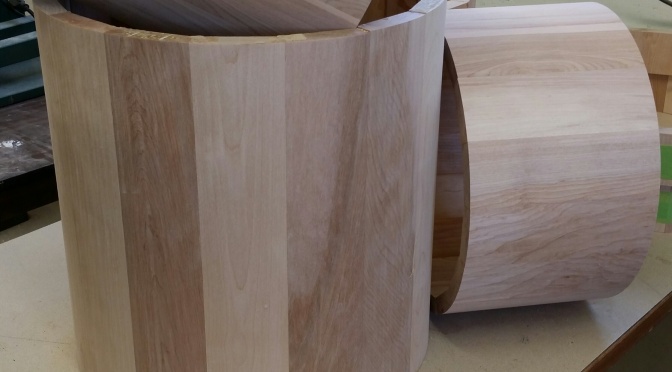 Formed in early 2014 by Don and Nick Purdy in Calgary Alberta Canada, in late 2013 I (Nick) was looking for a new drum kit. Not just any drum kit, I wanted to buy local and support local businesses unfortunately I could not find any locally built shells. Turn’s out 90% of high end kits are using American built Kellar shells, nothing wrong with that but it’s just not what I wanted. After much research on the web I came across a style of drums that uses solid pieces (staves) of wood, my father and I have been searching for such a project. 2 snare drums later with major success, it’s time to build a full kit and see where this takes us